This post contains some of the best mental and emotional abuse quotes.

1. “A threat is a statement of intent to cause you damage, pain, or loss. It is an act of coercion from an abuser, with an undercurrent of the potential for violence.” – Theresa Comito

2. “A vain person is preoccupied with their image, accomplishments, appearance, and qualities. An abusive partner may frequently tell their partner about all the abuser’s good qualities and actions, and how lucky the victim is to have them. The abuser may use that image to control the other person’s behavior, threatening to leave them if they make the abuser look bad.” – Theresa Comito

3. “Abuse thrives in silence and secrecy. Gaslighting can be an effective tool to silence someone by making them doubt their own credibility. Abusers will diminish the influence and reach of their victim’s voice through lying and discrediting. They may convince the victim that no one will believe them because they (the victim) are such an unreliable witness.” – Amy Marlow-MaCoy

4. “Abusers manipulate victims into abandoning their own reality, forcing them to accept the abuser’s version.” – Amy Marlow-MaCoy

5. “Abusers steamroll their victims because they feel entitled to change someone else’s reality rather than question their own.” – Amy Marlow-MaCoy

6. “Abusers who engage in gaslighting tactics often project onto you things that they have done, such as telling you that you’re confused, crazy, or intoxicated if you say what you know to be true or question their version of the facts.” – Theresa Comito

7. “An abusive person perceives your spending time with friends and family as a threat and can work to isolate you from them. They may begin this process by criticizing or devaluing your relationships with your friends and family.” – Theresa Comito

8. “Anyone can be abusive, but not everyone who abuses has a personality disorder” – Amy Marlow-MaCoy

Related: How To Break The Cycle Of Abuse? Top 10 Powerful Strategies To Stop Being An Abusive Person

9. “As a victim of emotional abuse, you may experience anxiety, depression, low self-esteem, confusion, difficulty concentrating or making decisions, and other physical symptoms.” – Theresa Comito

10. “Emotional abuse always accompanies physical or sexual abuse but stands fully on its own as damaging and destructive to an individual.” – Gregory L. Jantz

11. “Emotional abuse can exist in the form of “playful” teasing, sarcasm, or jokes. It is frequently verbally aggressive and threatening, but does not often begin that way.” – Theresa Comito

12. “Emotional abuse includes any nonphysical behavior—both overt and covert tactics—that occur as a pattern over time. These tactics include criticism (insults, name-calling, infantilization), hostility (yelling, silent treatment, verbal aggression), intimidation (posturing, threats), humiliation (using what they know about you to embarrass you), and harassment (persistent, repetitive demands).” – Theresa Comito

13. “Emotional abuse is a more pervasive form of abuse that, in most cases, precedes and accompanies physical and sexual abuse.” – Theresa Comito

14. “Emotional abuse is an intentional assault by one person on another to so distort the victim’s view of self that the victim allows the abuser to control him or her.” – Gregory L. Jantz

15. “Emotional abuse is like the parable-pervasive, self-perpetuating, and so common that everyone can relate to it. In fact, that’s part of the problem: It is so common.” – Gregory L. Jantz

17. “Emotional abuse is systematic, nonphysical bullying. It encompasses a pattern of behaviors used against the victim to hurt, undermine, and control them. The abuser’s primary mission is control.” – Theresa Comito

18. “Emotional abuse isn’t normal. Emotional abuse is the consistent pattern of being treated unfairly and unjustly over a period of time, usually by the same person or people. It can also be a onetime traumatic event that is left unresolved.” – Gregory L. Jantz

20. “Emotional or psychological abuse can be a more effective means of control because it undermines the victim’s self-confidence and makes them question their own perceptions. It can destroy you from the inside out. It is the two-step alternation between loving and abusive behaviors that makes it so effective.” – Theresa Comito

21. “Gaslighting is a form of psychological and emotional abuse that causes victims to question their reality, judgment, self-perception, and, in extreme circumstances, their sanity.” – Amy Marlow-MaCoy

22. “Gaslighting is common in toxic romantic relationships as an effective way for abusers to control their partners.” – Amy Marlow-MaCoy

23. “Gaslighting separates you from your anchors in life: your sense of self and your ability to trust yourself. Losing the connection to your own sense of reality makes you vulnerable to further abuse and increases your dependence on the gaslighter and the distorted reality they put forth.” – Amy Marlow-MaCoy

25. “Isolation is a powerful and dangerous tool in the arsenal of an emotional abuser.” – Amy Marlow-MaCoy

26. “Jealousy is often discussed and justified by an abuser in terms of its relationship to love: “I am jealous because I love you so much.” Jealousy, however, has nothing to do with love. Instead, it indicates possessiveness, control, and a lack of trust. Jealous behaviors include questioning a partner’s whereabouts or intentions, and misreading facts to justify controlling behaviors.” – Theresa Comito

27. “Like a constant ringing in the ears or background noise, the frequency of emotional abuse has caused us to try to ignore it since we can’t ever seem to get away from it. And if we can ignore it, we can deny not only its existence but also its effects” – Gregory L. Jantz

28. “Like other forms of abuse, emotional abuse can be self-perpetuating, repeating the cycle throughout relationships and across generations. If emotional abuse occurs early in life, it can cause dysfunctional behavior into the adult years.” – Gregory L. Jantz

29. “Many people who are emotionally abused have difficulty falling asleep or staying asleep. Chronic stress and emotional abuse can lead to increased arousal—the body’s response to a chronic threat.” – Theresa Comito

30. “One key factor in determining whether a relationship is healthy or toxic is the presence or absence of emotional abuse and manipulation.” – Amy Marlow-MaCoy

31. “One reason gaslighting is so effective is that abusers convince their victims they are acting out of love or a sincere desire to help.” – Amy Marlow-MaCoy

32. “Ongoing emotional abuse wears us down and makes us much more likely to isolate ourselves from friends and family. This cuts us off from the opinions of others, and from the emotional support our friends and family provide. Our loved ones don’t have access to us and can’t notice the effects the abuse has on us.” – Theresa Comito

33. “Punishment is anything your abuser may do in response to any injury, refusal, or perceived rejection. Punishment can come in the form of revenge or conditioning. An abuser seeks revenge to inflict pain and conditions you in an attempt to change your behavior.” – Theresa Comito

34. “Since the abuse seemed so normal growing up, people will often attempt to recreate that normalcy in future relationships.” – Gregory L. Jantz

35. “Some abusers will project responsibility for their own feelings or actions onto their victims; when they accept this blame, victims feel overly responsible for things outside their control.” – Amy Marlow-MaCoy

36. “Survivors of emotional abuse often struggle with feelings of self-doubt, loss of confidence, anxiety, and depression, just to name a few.” – Amy Marlow-MaCoy

37. “Targets of emotional abuse may find themselves vulnerable to guilt. An emotionally abusive partner may blame you for any problems they experience, including the abuse they inflict on you. The physical effects of guilt can include insomnia, a loss of appetite, sadness, and regret. Guilt can feel a lot like depression, and clinical depression can result from ongoing feelings of guilt and a false sense of responsibility to an abusive partner.” – Theresa Comito

38. “The abuser manipulates your thoughts and emotions by undermining your confidence, diminishing your self-esteem, and making you doubt your own judgment and sanity.” – Theresa Comito

39. “The abuser may be demanding and angry, or may offer more gentle “helpful suggestions.” They may embed criticism in these demands, or you may notice over time that when you don’t take their suggestions, there are consequences.” – Theresa Comito

40. “The abuser will not admit fault or take responsibility for their behavior. If they have difficulty at work or cannot hold a job, it is because they are treated unfairly. If they engage in abusive behavior toward someone else, it is the victim’s fault for making them angry.” – Theresa Comito

41. “The emotional abuser’s goal is to maintain control of their victim. The abuser wants the final word in every decision, to gain and maintain the upper hand.” – Theresa Comito

42. “The fear of what could happen to you becomes a powerful motivator for you to try to manage the relationship and accommodate the abuser.” – Theresa Comito

43. “The impact of emotional abuse on a person is just as damaging as the effects of physical abuse, and often even more so.” – Theresa Comito

44. “The invisible nature of emotional abuse, and a lack of understanding of precisely just what it is, makes this identification difficult.” – Theresa Comito

45. “The tragedy is that while sometimes these abusers are aware of what they are doing, often they are not. A habit of abuse has become a life pattern that is so comfortable, so normal for them, that they have stopped questioning the reasons behind their words and actions. As is so often the case in abuse, the abusers have a history of abuse in their own past and are acting out behavior that seems normal to them.” – Gregory L. Jantz

46. “Victims may experience their partner/abuser as a “Dr. Jekyll and Mr. Hyde” type. The abuser’s dramatic mood swings and hypersensitivity often make victims feel confused and on edge. The abusive personality is fragile—easily insulted or offended, and often defensive.” – Theresa Comito

47. “We expect those closest to us to care for our well-being, and an expert gaslighter can make you believe he or she is hurting you for your own good.” – Amy Marlow-MaCoy

48. “We know there is a connection between abuse and trauma and chronic pain. While the reasons aren’t completely clear, it is believed that the chronic stress we experience in an abusive relationship causes overactivation of the fight-or-flight response.” – Theresa Comito

49. “While emotional abuse always accompanies physical and sexual abuse, it can also be present on its own. Because its implications have been overlooked, it has been left to do its damage in silence.” – Gregory L. Jantz

50. “While society has gone a long way toward making such outwardly aggressive behavior illegal, often it has turned a blind eye to the more subtle forms of oppression.” – Gregory L. Jantz

Related: Am I Being Verbally Abused Quiz

51. “Yelling is commonly known as the raising of someone’s voice, but abusers use yelling as a form of conditioning. The receiver is conditioned to be compliant with the yeller, who attempts to impose their will with this behavior. Yelling is a way of wearing down the victim and preventing their expression. Over time, it can whittle away a person’s spirit and dignity.” – Theresa Comito

52. “Control is both a tool and a goal for the abuser. The goal is to control every aspect of your life, because you are only there to meet the abuser’s needs.  ” – Theresa Comito

53. “The abuser promotes their grandiose sense of self, boosting their sense of importance and superiority through controlling another. Insecurity, stress relief, and fear of abandonment are all possible reasons one person seeks to dominate another.” – Theresa Comito

54. “An abuser may remind you of past mistakes and failures, and then accuse you of being oversensitive and overreacting.” – Theresa Comito

55. “Healing from emotional abuse is possible. The first steps in your recovery will include identifying what happened to you, understanding that it is not your fault, and recognizing that nothing you did caused your abuser to act this way.” – Theresa Comito 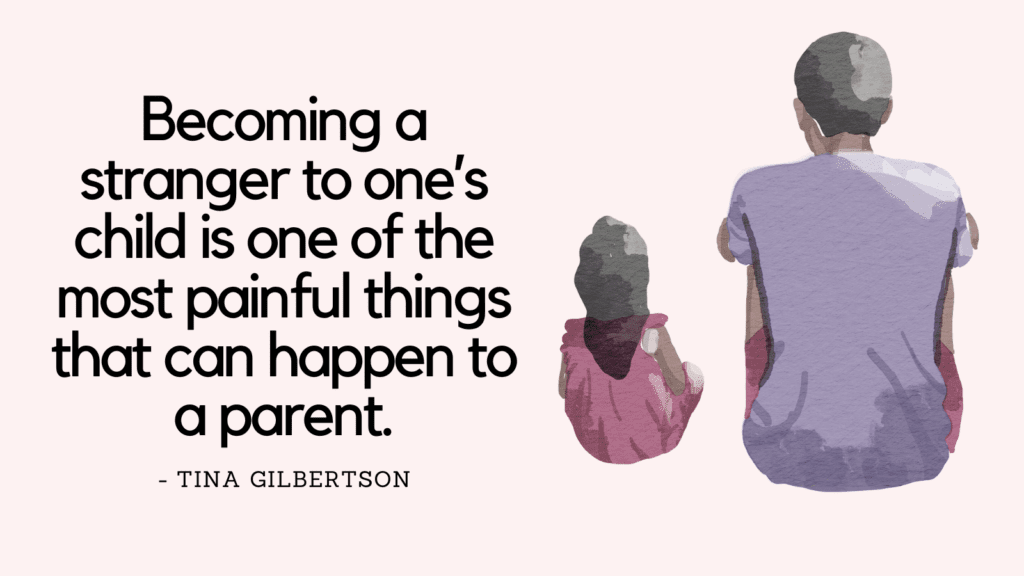