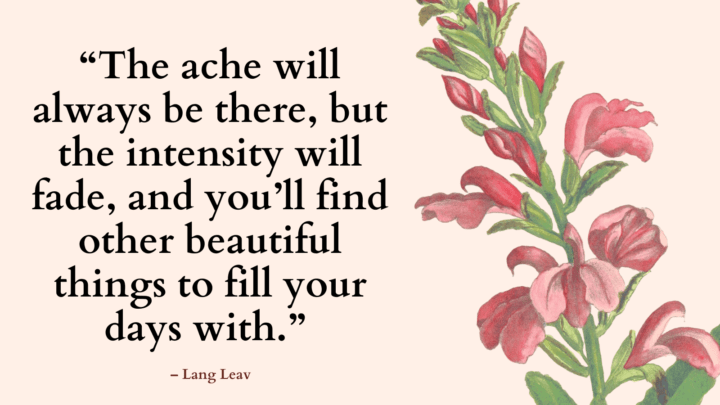 This post contains best quotes about adverse childhood experiences that will make you feel seen.

What Are Adverse Childhood Experiences?

The study analyzed the medical records of more than 17,000 patients at a large health maintenance organization. The results show that ten commonly reported ACEs predict a very wide range of psychological and physical problems. The ten ACEs are:

Felitti and Anda (2014) found that about two-thirds of adults had experienced at least one of these adversities early in life.

This is the kind of stress that is intense and chronic, so much so that the body doesn’t return to normal.

Psychologists have called is type of stress, dysregulated stress.

1. “A controlled child also learns that the default human approach to interaction is forcing, threatening, or manipulating others. Alternatively, they may come to believe that they are “destined” to be a giver who never receives anything back.” ― Darius Cikanavicius

2. “Abuse is never deserved, it is an exploitation of innocence and physical disadvantage, which is perceived as an opportunity by the abuser.” ― Lorraine Nilon

3. “Adulthood is an attempt to become the antithesis of the wounded child within us.” ― Stewart Stafford

4. “Another step is that daughters can learn to monitor their own feelings and instincts by saying, “I feel uncomfortable (angry, dominated, usurped, inadequate, guilty, furious) with my mother more often than I do not. I have to pay attention to that, because it shows in how I treat my friends (lover, spouse, kids, colleagues). There is validity here. I don’t have to blame or excuse my mother-I just have to see her so I can see myself.” ― Victoria Secunda

5. “Childhood trauma does not come in one single package.” ― Asa Don Brown

6. “Children grow up wounded due to someone’s emotional recklessness. We become adults who stay longer than they should, in relationships that offer very little in return.” ― Elelwani Anita Ravhuhali

7. “Dissociation is the common response of children to repetitive, overwhelming trauma and holds the untenable knowledge out of awareness. The losses and the emotions engendered by the assaults on soul and body cannot, however be held indefinitely. In the absence of effective restorative experiences, the reactions to trauma will find expression. As the child gets older, he will turn the rage in upon himself or act it out on others, else it all will turn into madness.” ― Judith Spencer

8. “Emotional abuse can leave a victim feeling like a shell of a person, separated from the true essence of who they naturally are. It also leads to a victim feeling tormented and tortured by their own emotions.” ― Lorraine Nilon

9. “Experience has taught us that we have only one enduring weapon in our struggle against mental illness: the emotional discovery and emotional acceptance of the truth in the individual and unique history of our childhood.” ― Alice Miller

10. “For those of us who haven’t been taught how to deal with our trauma, we get stuck living in the worst day ever. The intense feelings of those moments replay themselves throughout our life because, in an effort to heal, we unintentionally and proactively seek them out and re-inflict them upon ourselves.” ― Kenny Weiss

11. “Forgiveness is created by the restitution of the abuser; of the wrongdoer. It is not something to be squeeeeeezed out of the victim in a further act of conscience-corrupting abuse.” ― Stefan Molyneux

12. “I see-sawed between feeling like a ten-year-old, unloved and abandoned, and a bone-tired person of a hundred.” ― Faith Scott

13. “I’m afraid of not unlearning the bad things my parents taught me.” ― Trista Mateer

14. “If unloving mothers were able to see their behavious as abusive, they either would stop behaving that way or they would get help for their dysfunction. But many cannot: instead, they deny it, to themselves, their families, and the world at large, in order to avoid a sense of guilt, to avoid having to make changes in their lives, or to avoid the bruising awareness that they, too, were unloved children.” ― Victoria Secunda

15. “If you are told from the time you are one month that you’re no good and you’re not smart and you can’t do it and you don’t have an opinion of your own and you pick the wrong friends and you don’t study the right way and you don’t wear the right clothes and you don’t look nice, at some point you’re going to start believing it. And if you believe it, you’re going to need a mommy to tell you what to do. And that’s abuse. Not to let your child grow up to be an independent, respected human being.” ― Victoria Secunda

16. “It has become more about identifying the needs I didn’t have access to as a child that may be preventing me from living a wholesome life as an adult. It is more of unlearning and acknowledging so I can move forward. I longed for love and belonging as a child, but all I ever did was just exist in the presence of those who couldn’t offer me the love I so desperately needed. I became an adult who begged for love because I had no clue what healthy love looked like.” ― Elelwani Anita Ravhuhali

17. “Many abused children cling to the hope that growing up will bring escape and freedom. But the personality formed in the environment of coercive control is not well adapted to adult life. The survivor is left with fundamental problems in basic trust, autonomy, and initiative. She approaches the task of early adulthood――establishing independence and intimacy――burdened by major impairments in self-care, in cognition and in memory, in identity, and in the capacity to form stable relationships. She is still a prisoner of her childhood; attempting to create a new life, she reencounters the trauma.” ― Judith Lewis Herman

18. “Many daughters live out their lives avoiding or abiding or arguing with their mothers-burying the long-ago injury or insult or childhood deprivation under a blanket of forgetfulness-and not confronting it head-on. It’s humiliating to remember the ways in which one demeaned oneself in order to prevent being in a mother’s bad graces, the willingness to do anything in order to not be rejected, when rejection felt like death.” ― Victoria Secunda

19. “Most of us learn in childhood to “cope”–which is to say ignore, numb, manage, or reinterpret reality. We do it to survive, but our relational instincts get bent in the process.” ― W. Allen Morris

20. “No matter what kind of trauma we experienced as a child, we replay that loop through our choices of friends, hobbies, careers, and relationships.” ― Kenny Weiss

21. “Not every adult is emotionally equipped to nurture and raise children, and we cannot afford to sweep these conversations under the rug anymore.” ― Elelwani Anita Ravhuhali

22. “Only when a child’s authenticity is threatened do they develop unhealthy behaviors, distorted reality perceptions, and emotional difficulties. When you force a child to do what they don’t want to do, feel what they don’t feel, and think what they don’t think, their authentic self becomes damaged.”― Darius Cikanavicius

23. “Slowly but surely, you will learn to behave as you would have wished to behave but were too wounded to know how.” ― Marianne Williamson

25. “Sometimes, when you are a child who doesn’t belong in the family, you watch as the primary caregivers offer love and nurturing to everyone except you. And often, you wonder if you are undeserving of love.” ― Elelwani Anita Ravhuhali

26. “The greater a child’s terror, and the earlier it is experienced, the harder it becomes to develop a strong and healthy sense of self.” ― Nathaniel Branden

27. “The healing for women is not to be found in the quicksand of blame. The attitude of blame might lock us forever into the roles of passive prisoners, victims who have not assumed responsibility for our own lives.” ― Linda Schierse Leonard

28. “The manic relief that comes from the fantasy that we can with one savage slash cut the chains of the past and rise like a phoenix, free of all history, is generally a tipping point into insanity, akin to believing that we can escape the endless constraints of gravity, and fly off a tall building. “I’m freeeee… SPLAT!”.” ― Stefan Molyneux

29. “Trauma is personal. It does not disappear if it is not validated. When it is ignored or invalidated the silent screams continue internally heard only by the one held captive. When someone enters the pain and hears the screams healing can begin.”― Danielle Bernock

30. “We deny, suppress, repress, and minimize our trauma to preserve our self-concept. By doing so, we set ourselves up for repeating the cycle again.” ― Kenny Weiss

31. “We forget in order to survive our childhoods, when we are totally dependent on our parents’ goodwill; but to recover from such childhoods, we must begin by remembering-the bad and the good.” ― Victoria Secunda

32. “When a mother attempts to bind a grown daughter to her, whether by fear or neediness or illness or rage, the consequences can be devastating. To continue trying to please an unpleasable mother threatens an adult daughter’s mental health and all of her relationships. And yet such daughters keep coming back to their mothers, without the daughters’ altering that relationship and their bitter or anguished reactions to it.” ― Victoria Secunda

33. “When we recognize that we are not responsible for our childhood deprivations, and that we are entitled to feel anger (but not to act on it – awareness is not a license to kill), then we are able to let go of that anger and not be controlled by it.” ― Victoria Secunda

34. “When you can identify the insecurities inside the person that is hurting you then you can begin to heal. It isn’t about you. It is about their past.” ― Shannon L. Alder

35. “Why are you telling a 9-year old that she won’t be married due to her inability to cook?” ― Elelwani Anita Ravhuhali