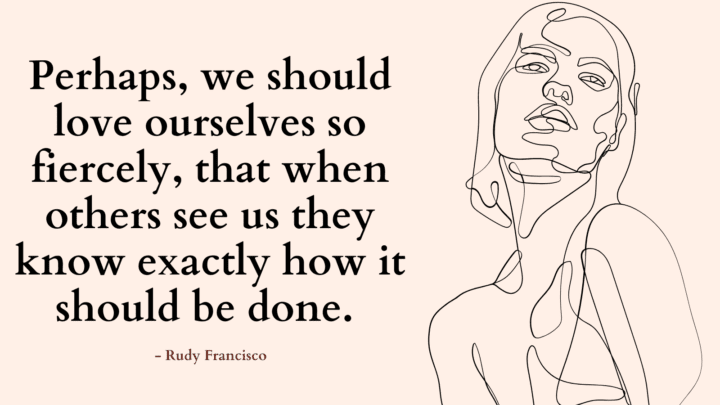 This post contains some of the best quotes about sociopaths that will make you feel less alone.

Who Is The Sociopath?

A sociopath is an unofficial term that psychologists use to describe someone with antisocial personality disorder.

The Diagnostic and Statistical Manual of Mental Disorders, Fifth Edition, Text Revision (DSM-5-TR) describes Antisocial Personality Disorder as “A pervasive pattern of disregard for and violation of the rights of others, occurring since age 15 years, as indicated by three (or more) of the following:

1. Failure to conform to social norms with respect to lawful behaviors, as indicated by repeatedly performing acts that are grounds for arrest.

2. Deceitfulness, as indicated by repeated lying, use of aliases, or conning others for personal profit or pleasure.

3. Impulsivity or failure to plan ahead.

4. Irritability and aggressiveness, as indicated by repeated physical fights or assaults.

5. Reckless disregard for safety of self or others.

7. Lack of remorse, as indicated by being indifferent to or rationalizing having hurt, mistreated, or stolen from another.”

1. “But the truth is that if you’ve made a deal with the devil, it’s probably because no one else has offered you more favorable terms.” ― M.E. Thomas

2. “I don’t feel guilty for anything. I feel sorry for people who feel guilt.” ―Ted Bundy

3. “I don’t lose sleep over what I have done or have nightmares about it.” ―Dennis Nilsen

5. “I have never killed anyone, but I have certainly wanted to. I may have a disorder, but I am not crazy.” ― M.E. Thomas

6. “I regularly comment on my desire to exploit my admirers or to kill babies and cute animals, and I don’t even need to laugh or smile for people to think I am joking.” ― M. E. Thomas

7. “If you dance with the devil then you haven’t got a clue; you think you’ll change the devil, but the devil changes you.” ―Unknown

8. “I’m an ‘intelligent’ sociopath. I don’t have problems with drugs, I don’t commit crimes, I don’t take pleasure in hurting people, and I don’t typically have relationship problems. I do have a complete lack of empathy. But I consider that an advantage, most of the time. Do I know the difference between right and wrong, and do I want to be good? Sure. … A peaceful and orderly world is a more comfortable world for me to live in. So do I avoid breaking the law because it’s ‘right’? No, I avoid breaking the law because it makes sense.” ― M. E. Thomas

9. “Of course everything comes at a price—we wouldn’t be doing it if we weren’t getting something from you, often money or power or simply even the enjoyment of your admiration and desire,” ― M.E. Thomas

10. “One nurse thought I was “brave.” I think she was talking about my steely-eyed, grin-and-bear-it kind of attitude. There were no tears, no complaints from me – a total lack of affect. In a victim, it is courage and thus admirable; in a predator, it is a lack of humanity and instills fear.” ― M.E. Thomas

11. “Outwardly I was all confidence and openness; inwardly I was spiteful and lonely and unaware of how to relate to the world. I wanted so much to be good but only knew how to appear that way by being bad.” ― M.E. Thomas

12. “People on the outside do not know what evil is.” ―Arthur J Shawcross

13. “People sometimes say that we lack remorse or guilt like it’s a bad thing.” ― M.E. Thomas

14. “People sometimes say that we lack remorse or guilt like it’s a bad thing. They are sure that remorse and guilt are necessary to being a “good” person.” ― M.E. Thomas

Related: Who Is The Apath?

15. “Perhaps the most noticeable aspect of my confidence is the way I sustain eye contact. Some people have called it a “predator stare,” and it appears that most sociopaths have it. Sustained eye contact can seem hostile, and so zoo visitors are frequently advised not to stare at gorillas, lest it be taken as a sign of aggression. Most humans seem to think so, too;” ― M.E. Thomas

16. “Ruining people. I love the way the phrase rolls around on my tongue and inside my mouth. Ruining people is delicious.” ― M.E. Thomas

17. “Some might call it manipulation, but I like to consider it simply using what God gave me. And the word manipulation is so ugly. It’s what people say to disavow their own choices. If they end up never regretting their decision, does that mean that no one has manipulated them?” ― M.E. Thomas

18. “While I don’t think sociopaths have any sort of moral urge to do good things, I think they can and do act morally in the context of pursuing their own advantage. A good analogy would be a corporation. There are a lot of corporations that do things that you like, maybe even good things, like produce vaccines or electric cars, although the primary motivation is to make a profit. But just because you are trying to make a profit doesn’t mean you can’t do it by doing things you like, or that you are good at, or that comport with the way you see the world, or want the world to see you.” ― M. E. Thomas

19. “I can read every word of your soul, become deeply engrossed in the study of it until I’ve comprehended every nuance and detail. But then when I’m done, I’ll discard it as easily as if it were a newspaper, shaking my head at how the ink has stained my fingers gray.”
― M.E. Thomas

20. “A sociopath can imitate emotions, where a psychopath really doesn’t have that capacity. They can’t fool people into thinking anything.” ― Patrick Heusinger

21. “A sociopath will do anything to win. Anything.” ― Denzel Washington

22. “An intelligent sociopath can learn the rules about what’s good and what’s bad, what people see as good and bad. But they don’t get that intervening sense of guilt, that pang of conscience, on account of it. So they tend to know what’s wrong or right, they just don’t care. That’s another thing that they can use against us: that we do care. We’re predictable in that. ” ― Martha Stout

23. “If a marriage partner has any value to the sociopath, it is because the partner is viewed as a possession, one that the sociopath may feel angry to lose, but never sad or accountable.” ― Martha Stout

24. “It is not that [the sociopath] fails to grasp the difference between good and bad; it is that the distinction fails to limit their behavior.” ― Martha Stout

25. “Sociopaths are attracted to politics because they see it as a sphere in which you can be ruthless and step all over people. That fact that some politicians can tell such awful lies is another example of sociopathy. Sociopaths lie—they see nothing wrong with it.”
― Alexander McCall Smith

26. “Sociopaths are more complicated psychopaths; the difference between a sociopath and a psychopath is a sociopath is incredibly charming. There are a lot of sociopaths that are CEOs. They don’t necessarily kill people but they’re able to walk into a big social function and make everybody think they’re the kindest, coolest, smartest, most interesting person in the room.” ― Patrick Heusinger

27. “Sociopaths are not afraid of very much, except for physical harm and dying – really primitive, basic kinds of fears. The problem with being alone for a sociopath is boredom.” ― Martha Stout

Related: Healing From A Psychopathic Relationship: Top 25 Signs You’re Dating a Psychopath – and How to Heal From Psychopathic Abuse

28. “Sociopaths are not usually physically violent. A typical sociopath never kills anybody and doesn’t look like Charles Manson – they look like you and me and everybody else. You’re not looking for someone who’s recognizably evil or scary-looking, but rather someone who looks normal. Another lynchpin is dishonesty. Lying for the sake of lying. Lying just to see whether you can trick people. And sometimes telling larger lies to get larger effects.” ― Martha Stout

29. “Sociopaths are often quite satisfied with themselves and with their lives, and perhaps for this very reason there is no effective “treatment””. ― Martha Stout

30. “Sociopaths do not care about other people, and so do not miss them when they are alienated or gone, except as one might regret the absence of a useful appliance that one has somehow lost.” ― Martha Stout

31. “Sociopaths love power. They love winning. If you take loving kindness out of the human brain, there’s not much left except the will to win.” ― Martha Stout

32. “The best indicator of a sociopath serial bully is not a clinical diagnosis but the trail of devastation and destruction of lives and livelihoods surrounding this individual throughout their life.” ― Tim Field

34. “Usually sociopaths will look down upon us for that very reason – that we’re gullible. We’re weak. One person told me that he thought he was the only honest person because he would admit that he didn’t have a conscience and everybody else was clearly faking it.” ― Martha Stout

35“Sociopathy stands alone as a “disease” that causes no dis-ease for the person who has it, no subjective discomfort.” ― Martha Stout