Today, you’re going to learn all about Hikikomori Syndrome, clear social withdrawal symptoms, and how to end social isolation.

In recent years, a new phenomenon of social withdrawal has been observed in many adolescent and young adults.

They would voluntarily isolate themselves by withdrawing, and become recluses in their families and social environment.

Social withdrawal can lead to other issues such mental disorders like OCD, eating disorders, depression, etc, deteriorating relationship with their own family, violent fits or even attempted suicide.

Hikikomori, The Phenomenon of Social Withdrawal

Saitō Tamaki, well-known as a major cultural critic and one of the foremost Japanese experts on the psychological problems of youth, published in 1998 his book Hikikomori where he described the recurring problem of social withdrawal among his patients.

Saitō argued that these adolescents and young adults didn’t suffer from depression and that their social withdrawal could not be easily fit under a single, easily identifiable medical cause, and should therefore be considered as a syndrome rather than a symptom of another diagnostic category.

In fact, the government of Japan estimates that 1.15 million people have withdrawn from society. But Saitō suggests that the figure is larger and may eventually rise to above 10 million. (*)

But the phenomenon of withdrawal from society isn’t just a Japanese problem. In 2010 the word hikikomori appeared in the Oxford English Dictionary, evidence that the word has spread and is becoming increasingly recognizable outside Japan’s borders. (*)

What Is Social Withdrawal?

Social withdrawal refers to the act of retreating from society and avoiding contact with people except for one’s own family, for six months or longer, but that does not seem to be caused by another psychological problem. (*)

For instance, students skip school for whatever reason, and for an extended period of time, they stay at home. They remain there well into even their twenties, eventually reaching a state of withdrawal in which they lose almost all connection to society.

There is not one fixed personality trait that manifests itself in people with social withdrawal.

Some people have even been outgoing through middle school before they hit a stumbling block in life, become so depressed, and shut themselves away from society.

How to Identify Social Withdrawal?

Because social withdrawal does not meet the criteria of a diagnostic label, the Japanese Ministry of Health created guidelines in 2003 to help identify the Hikikomori phenomenon, by establishing the presence of certain criteria:

Although skipping school is not the only cause for social withdrawal. Certain children skip school, for a period of time, do end up taking college entrance exams and deciding what path in life they would like to take.

However, according to surveys, non-attendance represents a major trigger for the entry into a withdrawn state for many people.

Social withdrawal is often misdiagnosed as “anthropophobia,” – a strong fear of other people.

However, anthropophobia seems to be a secondary symptom of social withdrawal or, at the very least, is exacerbated by the state of withdrawal.

It is only natural that people would grow increasingly frightened of interacting with other people the longer they live without interaction.

Some people feel concerned about looks from other people, especially in public spaces and public transportation.

Some would have a strong aversion to other people entering their homes and would hide in their rooms. Other people would even refuse to answer the telephone.

Obsessive-Compulsive Disorder (OCD) is a chronic and long-lasting disorder in which a person has uncontrollable, reoccurring thoughts (obsessions) and/or behaviors (compulsions) that he or she feels the urge to repeat over and over.

According to surveys, many people in a state of withdrawal also experienced “symptoms of obsessive-compulsive disorder.”

This isn’t to say that people with OCD risk entering into a withdrawn state because of their disorder, rather, these obsessions and compulsions usually develop as secondary traits after going into withdrawal.

In some cases, the symptoms of OCD disappeared immediately after treatment.

Strong obsessive-­compulsive behaviors can be accompanied by violent fits.

For instance, these violent fits could be caused by one member of the family touching the young adults’ things, or a small delay of a few minutes about the time at which they eat and shower.

These violent outbursts are usually wrapped up in a grudge against the parents.

Common complaints include; “It’s my parents’ fault I ended up like this,” or, “They didn’t understand me when I was going through a tough time.”

Whether or not these complaints are grounded in reality, these individuals are trying to communicate to their families that they have to resort to violence to be heard.

#5. Insomnia and Reversal of Night and Day

Insomnia and reversal of night and day are common “symptoms” of social withdrawal, for both physiological and psychological reasons.

People who are in a withdrawal state, tend to spend their waking hours without doing much of anything, which deregulates the natural stress–relax modulation of the body.

This leads to insomnia and the tendency to reverse day and night.

Another reason is the human body is equipped with an internal clock adjusted by sunlight.

Psychologically, people in withdrawal experience extreme feelings of inferiority, especially during the daytime when everyone is out doing their activities.

To avoid the anguish of wasting their day, they end up spending more time awake at night and when the sunlight comes out, they go to sleep once again.

Related: 18 Proven, Healthy Ways to Sleep Better at Night and Wake Up Rested

#6. Withdrawal in the Household

People in withdrawal tend to lock themselves in their rooms, rather than roaming around the house. The majority of them tend to avoid their family members even in the house.

This can eventually lead to social isolation.

While people in a state of social withdrawal would avoid all people but their own family, social isolation refers to being just by yourself avoiding any sort of contact even with your own family.

The term Regression refers to when a grown individual moves backward to a less mature state of personal development.

In the case of social withdrawal, regression refers to “reversion to childhood.”

This regression manifests itself in reliance on parents and infantile behavior mainly because people in withdrawal find themselves in a limited space having to rely on, for an extended period of time, on others.

This regression can also cause violent fits.

Some people in withdrawal, especially those who have been shut away from the world for a long period of time, will report having thoughts of persecution, such as being able to hear someone outside the house saying things about them, or neighbors spreading rumors about them, etc.

Such thoughts constitute “delusional thoughts,” which are slightly different from outright “delusions” that people suffering from schizophrenia experience.

People in withdrawal experience delusional thoughts as a result of their state of withdrawal.

Feelings of depression and despair are common symptoms among people in a withdrawal state.

It is extremely easy to develop feelings of depression when in a state of withdrawal, as a result of isolation, boredom, and the fact that they do not have any real standing in society.

Related: Are You Secretly Depressed? (3 Ways to Overcome Hidden Depression)

Because people in withdrawal spend most of their days assaulted by strong feelings of hopeless and despair, it is not unusual for them to have suicidal thoughts, especially when their painful emotions become unbearable.

People in withdrawal might also experience other symptoms, such as “overeating,” or, “refusal to eat,” which might develop into an eating disorder after an extended period of withdrawal.

Other symptoms include “psychosomatic illnesses” like gastritis and high blood pressure, both of which arise as the result of stress and irregular sleep patterns.

Another additional symptom is addiction whether it was to drugs, alcohol, video games, food, etc.

Why Men Are More Vulnerable to Social Withdrawal?

According to surveys, the overwhelming majority of social withdrawal cases involve men.

One reason is that expectations placed on men in society are higher than those placed on women.

There is an expectation that by the time a man grows out of his teenage years, he will be participating in society in some way.

Women, on the other hand, are sometimes able to continue living at home without necessarily participating in society.

In other words, people are less likely to see a woman withdrawing into the household as problematic behavior. Consequently, the amount of pressure caused by outside expectations is likely to be that much less.

Despite the rapid changes in the ways our society divides social responsibility, these expectations still remain deeply rooted.

How To Stop Withdrawing Socially?

Getting out of the withdrawal state requires professional help as soon as possible to deal with issues that caused the withdrawal in the first place and also learn healthier ways to manage your emotions and face everyday life’s stressors.

The more the situation is left without treatment, the worse it gets and the harder it becomes to return to society.

There are also additional steps you can take to return to society:

A part-time job is a good way to face society again after therapy, without getting too overwhelmed.

#2. Get a Job at an Acquaintance or Relative’s Workplace

Getting a job at an acquaintance or relative’s workplace can help you get the support you need and feel safe enough to face society again.

#3. Join an Organization for People with Similar Hobbies

Connecting with people who share some of your interests and hobbies can help you feel less overwhelmed interacting with other people.

Social phobia or social anxiety is one of the main issues an individual in a state of withdrawal struggles with as he returns to society.

If You’re a Parent with a Child in Social Withdrawal

Most people communicate to their children that, “If you don’t work, you don’t deserve to eat.”

As a result, many people would an extremely negative attitude toward social withdrawal, not recognizing that it is a problem with real roots and causes.

As a result, they would scold and yell at their children, hoping to make them get up and go. Sadly, that doesn’t work.

In fact, even if the person who is in the very earliest stages of withdrawing does go out, it is only a matter of time before he “relapses.”

The best way to view social withdrawal is by recognizing that the person is experiencing emotional turmoil and is in need of help or protection.

#2. That Doesn’t Mean to Be Passive

Arguing and preaching won’t help your child come out of withdrawal, but neither does a passive attitude help.

You shouldn’t just sit back and be passive, taking whatever comes your way.

The right way to approach this is through effective communication.

If your child goes into a withdrawn state, the first thing you should do is to try to ask for the reason.

Then you should make at least one thorough attempt to persuade the child that it’s safe for him to return to society, or figure out necessary measures to help him get out of withdrawal.

Related: 4 Keys To Communicate Effectively With Anyone

The majority of those who get in a state of withdrawal do not choose on their own to keep living that way just because they want to. But they can’t seem to be able to escape from their withdrawn situation.

This is why people in withdrawal need to seek professional help as soon as possible and take deliberate measures to get out of that state. 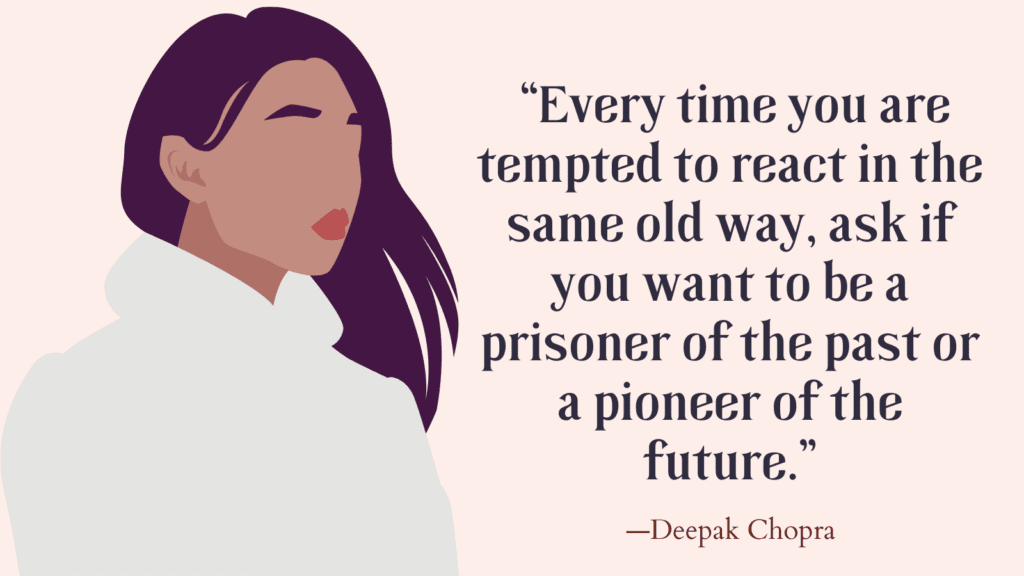 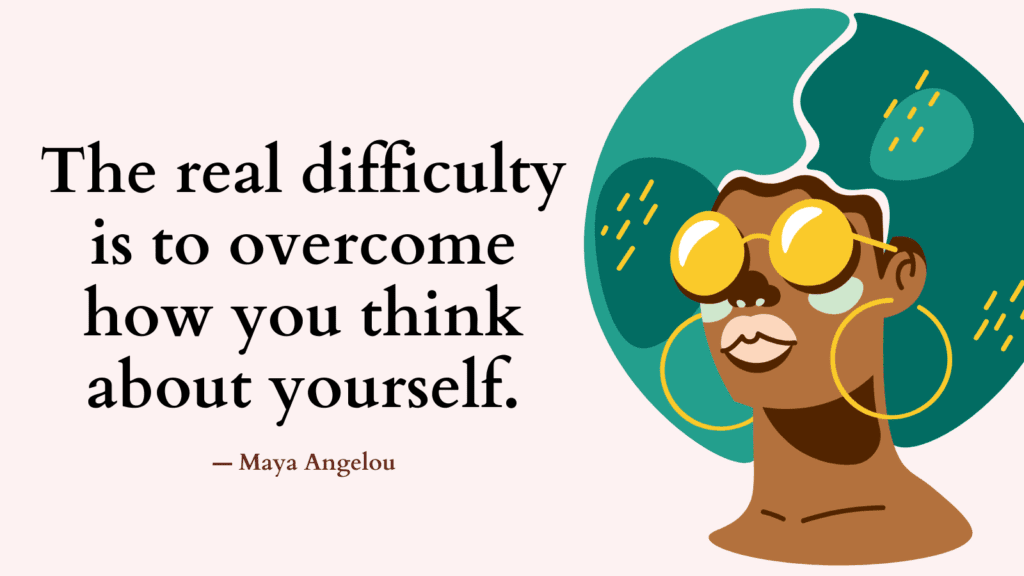