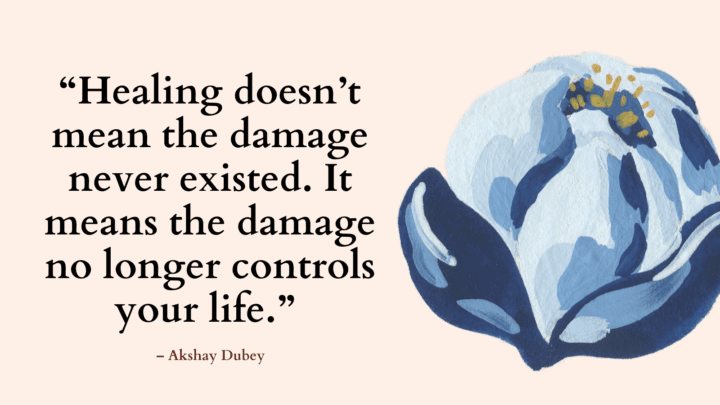 This post contains top psychopath quotes that will help you understand psychopathy better.

Who is the psychopath?

The Diagnostic and Statistical Manual of Mental Disorders, 5th edition (DSM-5) does not list psychopathy as an official clinical diagnosis.

However, DSM-5 describes Antisocial Personality Disorder with psychopathic features as characterized by “a lack of anxiety or fear and by a bold interpersonal style that may mask maladaptive behaviors (e.g., fraudulence)”.

Diagnostic criteria for Antisocial Personality Disorder, according to the DSM-5, include:

“A. A pervasive pattern of disregard for and violation of the rights of others, occurring since age 15 years, as indicated by three (or more) of the following:

B. The individual is at least age 18 years.

C. There is evidence of conduct disorder with onset before age 15 years.

D. The occurrence of antisocial behavior is not exclusively during the course of schizophrenia or bipolar disorder.”

Extreme narcissism can eventually crowd out not only empathy, but ethics and morals as well.

Psychopaths have a much lower level of fear, regret, or remorse than most people, including narcissists.

At their most extreme, psychopaths can seem totally devoid of any type of emotion, including sadness and shame.

Related: Narcissist Red Flags: Top 10 Signs You’re In A Narcissistic Relationship (And What Can You Do About It)

2. “I only care about me and about why I don’t care about anybody else.” ― Irvine Welsh, Filth

3. “…it seems as if the psychopath’s devaluation of you is so filled with bitterness, hatred and sometimes even violence that it can’t be fully explained in terms of him tiring of you and moving on to other promising victims. Loving couples can grow apart and leave each other for better matches and lives. Non-loving couples can grow apart once they’re no longer useful to one another. But a psychopath takes this process one step further, to discard his ex-lovers with a degree of vitriol and hatred that astonishes his victims and exceeds any boundaries of normality.” ― PsychopathyAwareness, “A Crazy Roller Coaster Ride: Life with a Psychopath from Idealization to Devaluation”

4. “After the idealization phase is over, there’s no way to please a psychopath. Heads you lose, tails he wins. But remember that his criticisms are even less true than his initial exaggerated flattery. When all is said and done, the only truth that remains is that the whole relationship was a fraud.” ― Claudia Moscovici, Psychopathy Awareness

5. “Deep pockets and empty hearts rule the world. We unleash them at our peril.” ― Stefan Molyneux

6. “He or she was only an illusion, a mask the psychopath created in order to mirror and manipulate you. As crushingly hard as it is and as much as it hurts, the only way to find freedom is to stop believing in that illusion.” ― Jackson MacKenzie, Psychopath Free

7. “I apply the label predatory aggressive to the most severely disturbed of all characters, the psychopath: These individuals are first and foremost characterized by their senseless, remorseless, and completely empathy-devoid use, abuse, manipulation, and exploitation of others…the heart of this personality style is…being devoid of any empathy-based sense of bonding to others, having virtually no conscience, having such a pathological sense of superiority that they feel entitled to prey on those they see as weaker and remorselessly engaging in predatory aggression. It’s important to remember also that predatory aggression is not rooted in anger, but in pure and heartless desire.” ― George Simon, PhD

8. “It strikes me profoundly that the world is more often than not a bad and cruel place.” ― Bret Easton Ellis, American Psycho

9. “Know what you are dealing with. This sounds easy but in fact can be very difficult. All the reading in the world cannot immunize you from the devastating effects of psychopaths. Everyone, including the experts, can be taken in, conned, and left bewildered by them.” ― Robert Hare, PhD., author of Without Conscience

10. “Know yourself. Psychopaths are skilled at detecting and ruthlessly exploiting your weak spots. Your best defense is to understand what these spots are, and to be extremely wary of anyone who zeroes in on them.” ― Dr. Robert Hare, How to Spot Social Predators Before They Attack”

11. “Never let the other person use absence, create pain and conflict, to keep you, the seduced, on tenterhooks.” ― Robert Greene, The Art of Seduction

12. “Once they get bored with you because the spell of the initial conquest has worn off, the way they maintain control of you is through deception, isolation, abuse, gaslighting and undermining your self-confidence. That’s when…the devaluation phase has set in. You do whatever you can to regain privileged status. You try to recapture the excitement and sweetness of the idealization phase. You want to reclaim your rightful throne as the queen you thought you were in his eyes. But that’s an impossible goal, an ever-receding horizon…” ― Claudia Moscovici, Psychopathy Awareness

Related: Who Is The Apath?

13. “Psychologists are beginning to concur that it’s this unique element of character which most powerfully predicts higher numbers of different sexual partners, as well as impulsive one night stands, and a gamut of risky sexual behaviors. This character trait is Psychopathy.”  ― Sign of the Times

15. “Sadly, some victims of psychopaths attempt suicide as a result of hopelessness, helplessness and the belief there is no way out. Some have reported to us that psychopaths have actually encouraged them to take their own lives or have indicated that they would put them through so much turmoil that their only recourse would be suicide.”  ― Aftermath: Surviving Psychopathy

16. “The more infrequently the crumbs of love are offered, the more hooked you are. You become conditioned, like a rat in a cage.” ― unknown

17. “The psychopath becomes not only the tormentor, but also the person who brings relief from the torment.” ― Victims and Survivors of Psychopaths

18. “There are those who deliberately hurt the hurting…Some people…have a deep contempt for the needy. Some are sadistic, gaining pleasure in pain.” ― Dr. Henry Cloud and Dr. John Townsend, from their book “Safe People.”

19. “Virtually all of the research done in psychopathy is on the perpetrators, and we tend to ignore the tens of thousands of victims of these individuals. And most of the victims have nowhere to turn. They talk to their psychiatrist, psychologist, their friends, their employees, their priest, and they get nowhere because most people don’t understand the nature of psychopathic people.” ― Dr. Robert Hare

20. “What makes psychopathy so different, so surreal that it knocks her head off? The inability to wrap her head around the emotional-physical-spiritual-sexual gang bang that just happened when she thought she was with the most wonderful person.” ― Sandra M. Brown, M.A., author of “Women Who Love Psychopaths”

21. “When I look for these people, I look for someone to exploit, someone to expose all their weaknesses to themselves and leave them broken, hating themselves more than most of them already do. I enjoy causing people to realize the nasty truths of themselves (which is usually that they are pathetic lying individuals) even if I have to be hypocritical and lie myself in order to get my point across.” ― a female psychopath

22. “While woman #1 is basking in the hyper-focus of his attention, he is trolling, in the middle of, and ending, multiple other relationships with men and women. His multiple relationships that are beginning, enduring, and ending no doubt play into her relationship dynamics with the psychopath. Of course, woman #1 is high on oxytocin and believes she just met her soulmate.” ― Sandra M. Brown, M.A., author of “Women Who Love Psychopaths”

23. “Why is the seduction of the psychopath so powerful? Because it is the art of the con wrapped in the beautiful illusion of love.” ― anonymous