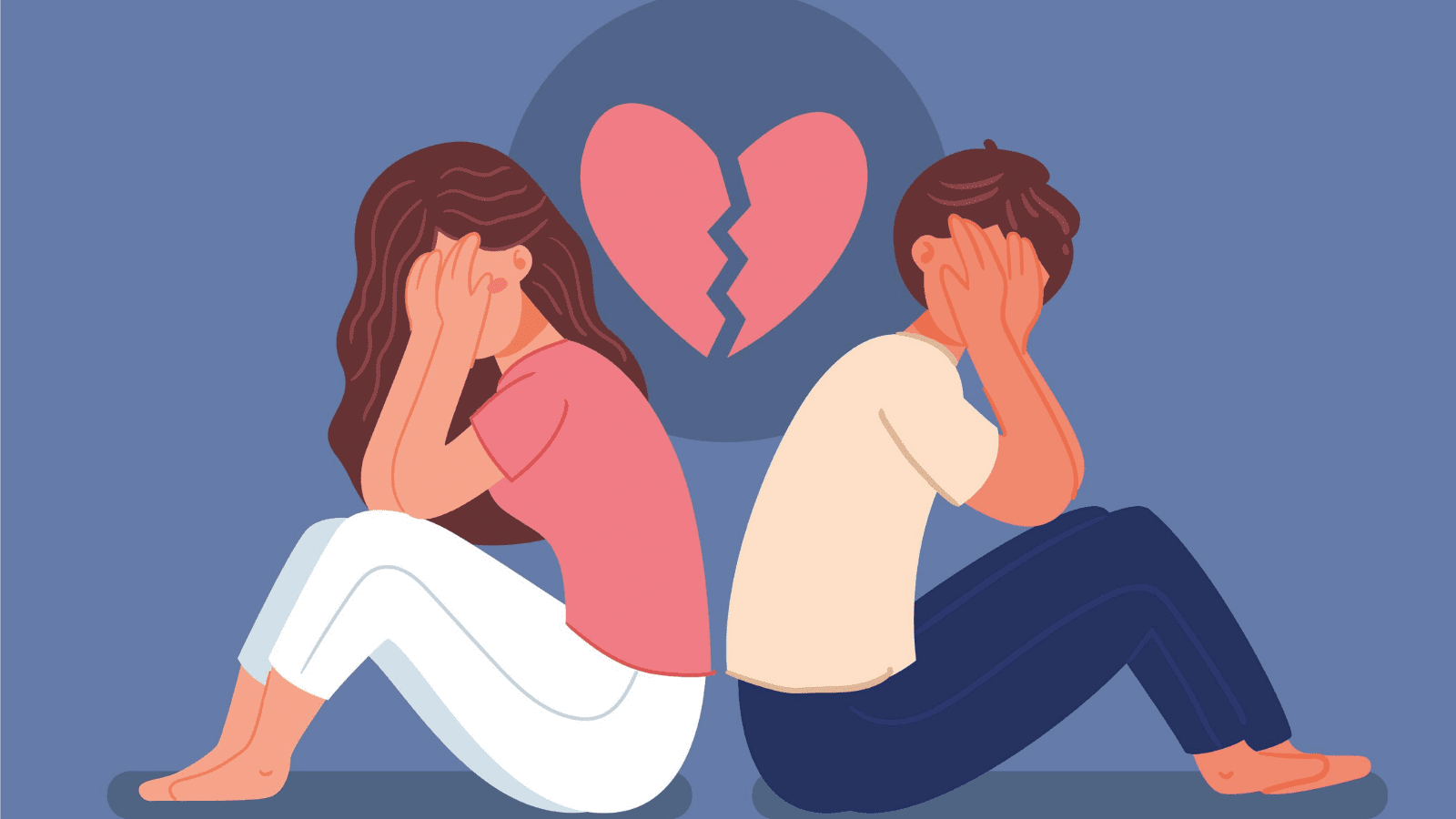 Finding out Your Spouse Is Gay: How to Recover and Move on From There?

A married person’s coming out is a family matter and not simply an individual event.

The straight spouse and the children, too, go through the coming-out process.

After coming out, most marriages end leaving the straight spouse devastated having, not only to grieve the loss of their marriage, but also deal with the new identity of the spouse.

What’s Inside This Article?

This article contains affiliate links. That means, if you click through and make a purchase using an affiliate link, I will earn a small compensation at no extra cost to you.

While the gay spouse’s coming out is becoming increasingly celebrated by gay-positive organizations, the straight spouse’s predicament is being ignored and even stigmatized.

The straight spouse might hear comments like “Something must be wrong with you for marrying a gay person.”

They feel alone and this isolation intensifies their sense of being sexually rejected, worthless and powerless.

There is no “right” way to resolve their problems. In fact, much depends on the person’s resilience, their relationship with their gay spouse, and the support of lack thereof from their family and community.

Why Do Gays Marry Straight People?

Even though these marriages fail and can be devastating to the straight spouse, many gay people marry for the following reasons:

1. Denial and Lack of Awareness

Confused by their feelings, they may believe that marriage will make their same-sex desire disappear.

The gay spouse might marry to conform to family or career or societal norm and expectations and find social acceptance.

Particularly in more conservative professions, the disguise of marriage offers a cover for a homosexual orientation.

4. Desire for Children or Companionship

Some gay individuals marry because they desire a long-term companionship of a family that includes children.

Coming Out: A Critical Moment

How the straight spouse learns of their spouse’s homosexuality is a critical moment. It affects their immediate reaction and their later level of self-esteem, but it also helps determine the outcome of their marriage and the nature of any future relationship with each other.

Many homosexual spouses leave clues about their true identity, sometimes for years before they come out, such as a growing interest in gay causes, the sudden development of new, single friends.

Such growing unusual actions if often marked by withdrawal and coldness. These spouses are usually afraid of telling the truth and maybe even hoping the other spouse would find out on their own without having to tell them.

Even though there is no painless way for a gay person to cone out to their straight spouse, a negative, abrupt way could be more traumatic and cause greater pain. A deliberate deceit followed by an explosion of truth is unlikely to lead to a happy ending.

From Shock to Grief

With the unexpected news, the straight spouse is left with a shattered trust and life they thought they had. They feel devastated.

As the shock wears off, feeling of pain and hurt can be overwhelming. Untreated, these feelings can become permanent, leading the person to perceive themselves as “victim”.

Feelings of anger and rage emerge as they’re trying to cope. Anger at the deception, the way their gay spouse come out to them and even the fact that their spouse is no longer straight. Untreated, their rage can lead to violence or self-destructive behavior.

Finally, the awareness of the loss of all they had including their belief system, arises and with it arises grief. Untreated, grief can lead to despair and suicidal thoughts.

Related: Dealing With a Breakup: How to Heal Properly and Love Yourself Again?

How to Move on From There: Healing and Growth

Healing and growth stem from the ability of the person to use the energy of these negative feelings to fuel their actions in a positive direction.

The straight spouse needs to face and accept the reality of their current situation (the disclosed orientation of their spouses and their own anguish) and to work out a constructive outcome.

Once spouses accept their partners’ homosexuality or bisexuality, they regain strength and achieve understanding.

They become able to reconstruct their lives and their relationships with their partners, whether they choose to stay married or not.

People differ markedly in the amount of time it takes them to heal the wounds of a mixed orientation marriage. Some never completely heal, but for those who do, this significant event becomes a catalyst for surprising growth.

While everyone needs a unique approach to heal, this approach should be proactive and intentional in order to succeed.

But full recovery doesn’t just take a positive personal action, but also outside help and support, and professional counseling.

After learning of your spouse’s homosexuality, an array of different feelings could be experienced.

1. Shock, Disorientation – especially when the news was unexpected and abrupt.

2. Relief – A secondary emotion after the shock wave of coming out, is relief that it wasn’t them who weren’t good enough or sexier enough. It wasn’t their problem after all.

3. Increased Intimacy – Sharing such secret can create a bond of compassion and sympathy, especially when the couple have shared love and respect in the marriage.

4. Curiosity about Gay Lifestyle – while most straight spouses would avoid knowledge of any detail of their spouse’s gay activities, many feel curious. Some would become interested in learning all about homosexuality, at least from an intellectual standpoint.

5. Feeling Stupid – especially when the news was unexpected, the straight spouse might start wondering “How could I have lived with a gay person for all these years and not know?”

6. Fear – the straight spouse might fear a number of things: sexually transmitted diseases, loneliness, financial need, destruction of the family, and uncertain future in general.

Looking for effective, affordable online therapy that can help you?

Online-Therapy.com is an online-therapy service that offers weekly live therapy sessions (chat, phone, and/or video sessions) with your personal licensed and certified therapist along with other resources based on cognitive behavioral therapy (CBT) – one of the most commonly used psychotherapeutic approaches for treating mental health problems. (Starting from $31,96/wk)

Related Deals: Get 20% Off Online-Therapy.com

Many straight spouses find it hard to face and accept the new reality that their spouse’s sexual orientation will never change.

They cling to the hope that their gay spouse will somehow change and go back to their former marital patterns. They want to believe that homosexuality is a choice, not a genetic characteristic.

Whether you decide to stay married or not, both partners’ understanding of their marriage must change irrevocably.

2. Gender Identity—the psychological sense of being male or female

4. Sexual Orientation—the emotional or physical attraction to individuals of a particular gender.

Sexual orientation is a self-concept of how we feel about our deepest individuality. Being an internal concept, it can differ from our sexual behavior – how we act out this self-concept.

Professionals agree that sexual orientation isn’t a choice, rather it’s an innate characteristic that usually emerges in early adolescence. It is not learned and isn’t the result of a prior sexual experience. While sexual orientation may be disguised (not acted upon), it cannot be changed.

Moreover, there is a wide spectrum between the extremes of heterosexuality and homosexuality.

Anger is the aftermath of being hurt. This is actually good news because it means that the straight spouse is making progress toward eventual recovery.

The new situation can feel grossly unfair. The deception and the loss of a secure home are common catalyst of anger.

However, remaining angry for too long will only make you unhappy and prevent you from moving on.

Work on releasing your feelings of anger by putting yourself in your spouse’ shoes to understand the reasons behind his actions. Express your feelings in a letter that you don’t send.

Related: How to Manage Stress And Anger? (7 Tips to Lower Your Blood Pressure)

Surviving the trauma of finding out that your spouse is gay is a challenging task. Healing is needed for the person to feel whole again and enjoy his life.

1. Rely on trusted friends – The importance of support cannot be overstressed. Avoid the tendency to withdraw and reach out for support.

2. Reach out to the larger community – Develop new friendships, join a new club, exercise at the Y. Resist the urge to curl up into yourself.

3. Develop new interests – After separation, you might find yourself with pent-up emotion that needs a positive outlet. Enroll in a continuing education class, take up a new hobby, or join a sports club.

4. Look toward the future – What is your course of action now? Are you ready to face the challenge of living on your own? How can you prepare for the next step? The point is to explore options and plan ahead for a satisfying future.

Related: How to Be Whole on Your Own: 3 Crucial Steps to Feel Complete and Whole

Disclosure is devastating for everyone involved, including children.

Parents might try to shield their children from pain by opting for silence and if anything is said, it is refined to hide its seriousness. This is the wrong approach.

Experts agree that children should be told about their parent’s homosexuality by providing information adequate for their level of understanding.

Young children might not comprehend detailed information about sexuality, but they do understand what love is and they need repeated assurance of love from their parents. A simple statement like: “Mommy and Daddy still love each other and you, but Daddy loves someone else now, too,” can communicate that.

Looking for effective, affordable online therapy that can help you?

Online-Therapy.com is an online-therapy service that offers weekly live therapy sessions (chat, phone, and/or video sessions) with your personal licensed and certified therapist along with other resources based on cognitive behavioral therapy (CBT) – one of the most commonly used psychotherapeutic approaches for treating mental health problems. (Starting from $31,96/wk)

Related Deals: Get 20% Off Online-Therapy.com 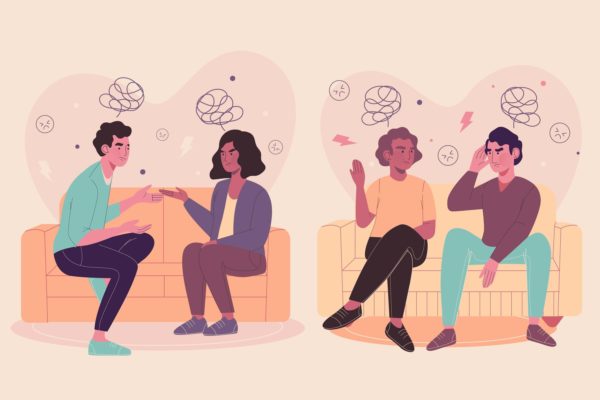 Continue Reading How to Be More Effective in Relationships (Effective Communication)

Your turn…
We love hearing from you. Please share your thoughts with us in the comments below.

See a typo or inaccuracy? Please contact us so we can fix it!

4 Habits of Emotionally Intimate Couples and 4 Habits They Avoid

How to Be More Effective in Relationships (Effective Communication)